"A BETTER LIFE THROUGH SCIENCE" 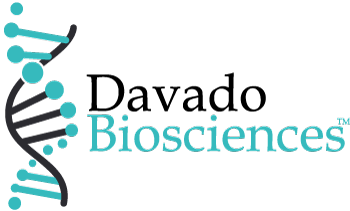 No items in your cart

Hello, my name is Victor Urbina, I’m the CEO and founder of Davado Biosciences. That’s me holding my son in the photo, the beautiful woman next to me is my wife. My wife and I started Davado Bio in 2018 after we learned that a friend of ours was plagued with chronic pain.

Actually, we found out he was in pain by accident.

We were at a summer party one day when we asked why we hadn’t seen him in a while. A few of the people there told us that besides going to work, he didn’t go out much anymore.

We thought it was odd, because this was a man that had always been very social and loved going places, so we asked why. My wife’s best friend said, “it’s because of his pain, it’s really bad, it’s like he’s a prisoner in his own home.”

My wife and I were left speechless in disbelief.

That evening when we got home we decided that we would do something to help our friend that had always been so good to us. We wanted to help him any way we could. The next day we went to go see him, so we could find out exactly what was going on. We wanted him to tell us where he hurt and if he was seeing a doctor.

After speaking with him we learned that he had been seeing a pain management doctor for the last five years. He said the pain started slowly and wasn’t too intense, but it was constant and would never completely go away. Unfortunately, the pain got worse over the years. His doctor had to put him on some pretty hardcore pain killers.

Our friend hated taking them because they would make him sleepy and would upset his stomach. The worst part was that they didn’t really help, he would still wake up stiff as a board every morning. When we left his house that afternoon we knew we had to help him.

Over the next few weeks we did a lot of research and spoke with friends of ours that were in the medical field to see what they suggested.

Needless to say, we tried A LOT of different things, but none of them worked. Until one day I stumbled across a book by Jack Isler, a retired VA doctor from Albuquerque. The book was called “The Book On Medical Marijuana.”

I bought the book and my wife and I read it over a long weekend. When we where done we we’re 99% sure we had found the answer… cannabidiol (CBD). This was a BIG deal, let me tell you why.

CBD is made from industrial hemp BUT it’s also found in marijuana, this bothered me a little bit. You see, before I read this book, I thought people who smoked marijuana were immature, it seemed like a juvenile thing to do. Sneaking away to smoke pot. Why?

Because when I was young I smoked pot. In high school, it was almost a rite of passage. But, by the time I was in college I had no time for it, school was too demanding.

The only people I knew that still smoked pot where my friends who still lived at home and didn’t have a job or any ambition. So, I just assumed that all pot heads where immature adults who were trying to re-live their high school glory days, but I was wrong.

Yes, some people who smoke pot are immature losers that need to get their act together. But, a lot of them use it to deal with stress caused by an underlying medical condition or a trauma that they might not even be aware of.

As I read Dr. Isler’s book, I learned about all the different medical conditions CBD can help with. He researched over 100 clinical studies to write his book. And he presented a lot of evidence to support the claims he made. Like I said earlier, the book convinced me to at least give CBD a try.

When we met with our friend the following week we shared the good news with him. But, because he had already tried dozens of other things we swore would work, he wasn’t as excited as we were. So, he reluctantly agreed to try it, but he didn’t think it was going to work.

The next time we saw him was about 10 days later. He told us he didn’t feel any different and was only still taking the CBD because he didn’t want to hurt our feelings. We told him to hang in there and give it a chance, Dr. Isler said in his book it normally takes 4-6 weeks to start feeling better.

The next call we got from him was about 3 weeks later. He told us he had stopped taking his nighttime pain medication. It had been about 3 days since he last took it and he still didn’t feel any pain.

We couldn’t believe it. After 5 years of pain medication his pain had finally started to get better. He was still taking his morning medications, so we knew the CBD still had some work to do before we could declare victory over chronic pain.

Over the next 3 months, working with his doctor, our friend was able to slowly reduce his pain medication until one day he completely eliminated it. That was over 6 months ago.

Today, our friend continues to take CBD. Now, he has good days and bad days with his pain. Luckily, the good days far outnumber the bad days.

He still has an emergency prescription that he takes on the bad days. Those are the days when he needs something stronger than Advil to get him through. The best part is he’s back to his old self. The guy who loved going out and being around people. Laughing and enjoying life.

This is why I decided I HAD to get CBD into the hands of more people. To do this I created Davado Biosciences and we launched Exodiol.

Exodiol is the first pharmaceutical grade CBD softgel that’s delivered right to your door without a prescription no matter where you live. And slowly but surely, we’re changing lives for the better. Bringing hope to those who most need it. Ending pain one patient at a time.

We know it’s a big responsibility when someone turns to you for help and trusts you with their health, so we don’t take it lightly. We want to help all our customers live the life they most want to live. Without the chains of chronic pain.

So every decision we make is with that goal in mind. I hope our products help you find the life that you thought was lost. I wish you good health.

has been added successfully to your wishlist.